Each and every human on Earth at some point in their life time has wondered about their own mortality.

While there are definitely "unforeseen circumstances" and health issues that can greatly reduce your life span, science has still determined the average age for men and women, based on your geographical location.

It is worth noting that overall, life expectancy dropped for all fifty states (and the District of Columbia), by roughly 1.8 years from 2019 to 2020, according to recent National Vital Statistics reports released by the Centers for Disease Control and Prevention (CDC).

What does that mean for Wyoming residents?

The average has dipped since the pandemic hit, but when you think about overall life expectancy over the last 100 years, it has still risen quite a bit. According to data gleaned from Statista.com, the average lifespan has risen considerably from 1920, when the average was 53.55 years. 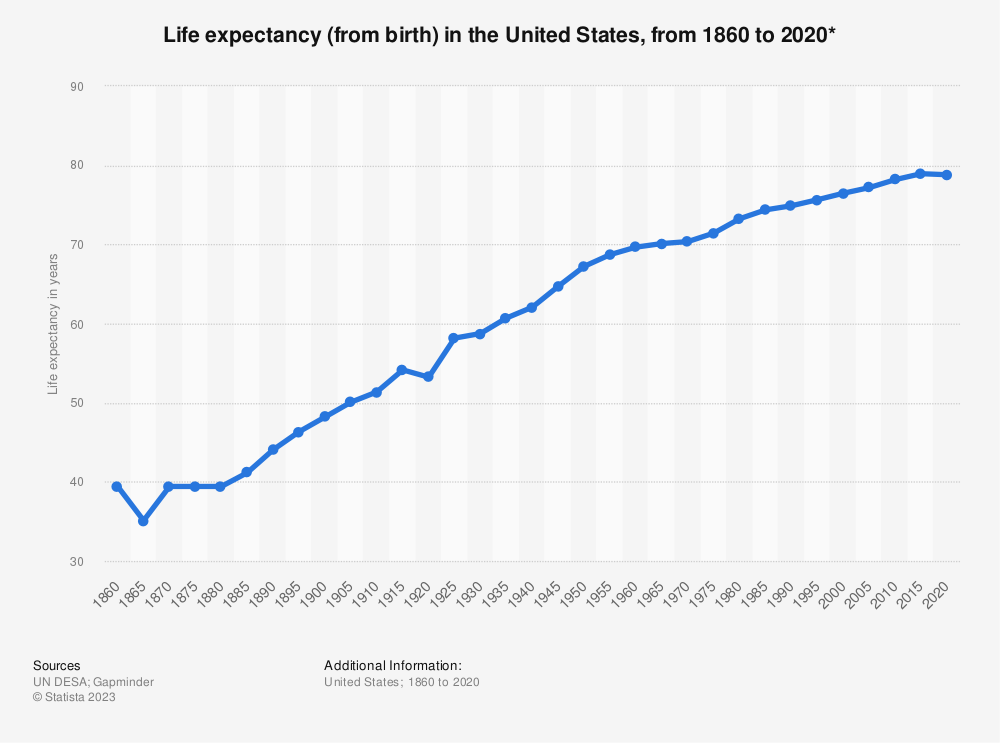 The Cowboy States' life expectancy is slightly lower than the national average, leaving us ranked 32nd overall, according to the CDC's report. That's not bad but it's definitely nowhere near the best, especially when you compare us against our neighbors in Utah, Colorado and Idaho that ranked 9th, 11th and 12th respectively.

Again, the silver lining is that humans are generally living longer, healthier and usually happier lives overall. That's all you can really ask for. It's not like any of us are going to live forever... right?

Get our free mobile app

15 Questions You Should Never Ask Someone From Wyoming

Wyoming has 10 cities with a population over 10,000...Here they are and what they're best known for.
Source: Life Expectancy Down in Wyoming: How Long Will You Live?
Filed Under: CDC, Centers For Disease Control, Centers for Disease Control and Prevention, Health, life expectancy, National Vital Statistics Reports
Categories: Weird News, Wyoming News
Comments
Leave A Comment
Annual Suicide Prevention, Awareness Walk Set For Sept. 17
Wyoming’s First Monkeypox Case Identified
Wyoming is the LAST state left without monkeypox
Is Wyoming Celebrating ‘National Grab Some Nuts Day’? We Should Be
Is Wyoming’s Life Expectancy Pretty Close To The US Average?
Governor Gordon Names Director of Wyoming Department of Health
Be Proud; Wyoming Is NOT One of the Most Obese States in America
Wyoming Ranks as 5th ‘Least Safe’ State to Live in During COVID-19 Pandemic
Vaccine Hesitancy Highest in Wyoming